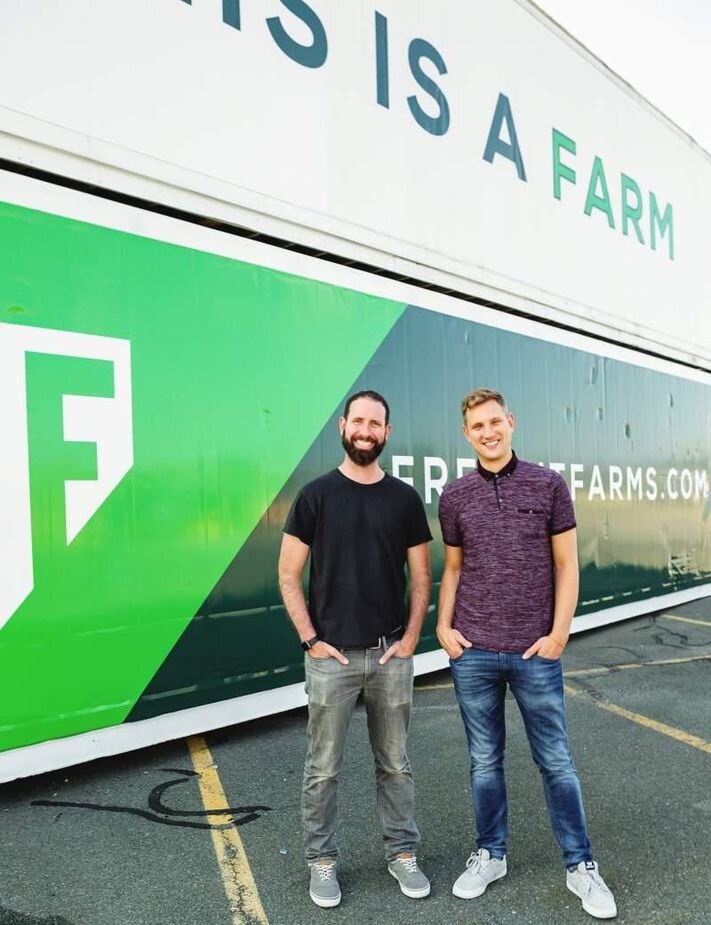 Almost a decade ago, the cofounders of Boston-based Freight Farms pioneered the idea of outfitting used shipping containers with everything a farmer needs to grow greens and herbs in a pesticide-free, climate-controlled  environment– without soil. These hydroponic vertical farms, which grow plants in nutrient-enriched water, are turnkey operations that enable a farmer to get up and running in a matter of days. And the whole thing takes up just 320 square feet.

Cofounders Jon Friedman and Brad McNamara formed their company in 2010, raised their first funds on Kickstarter in 2011 and introduced their Leafy Green Machine a year later. Freight Farms has since raised about $12 million from VC firms. To date, it has sold more than 250 of those shipping-container farms, which use off-the shelf parts and their own proprietary software, in more than 15 countries.

“After about four years of working with that model and pushing it as far as we could go, we realized we needed to make a more quantum leap,” said Friedman, who is chief operating officer.

Today Freight Farms will announce its next-gen product, called  the Greenery. Instead of using recycled shipping containers, the units are built from the ground up for Freight Farms with all new components. Growing racks can now be configured to accommodate bigger plants, such as tomatoes. Lighting has improved too. Its energy-efficient LED arrays, with three times the power of the old ones, result in heavier plants and greater yields, according to the company. 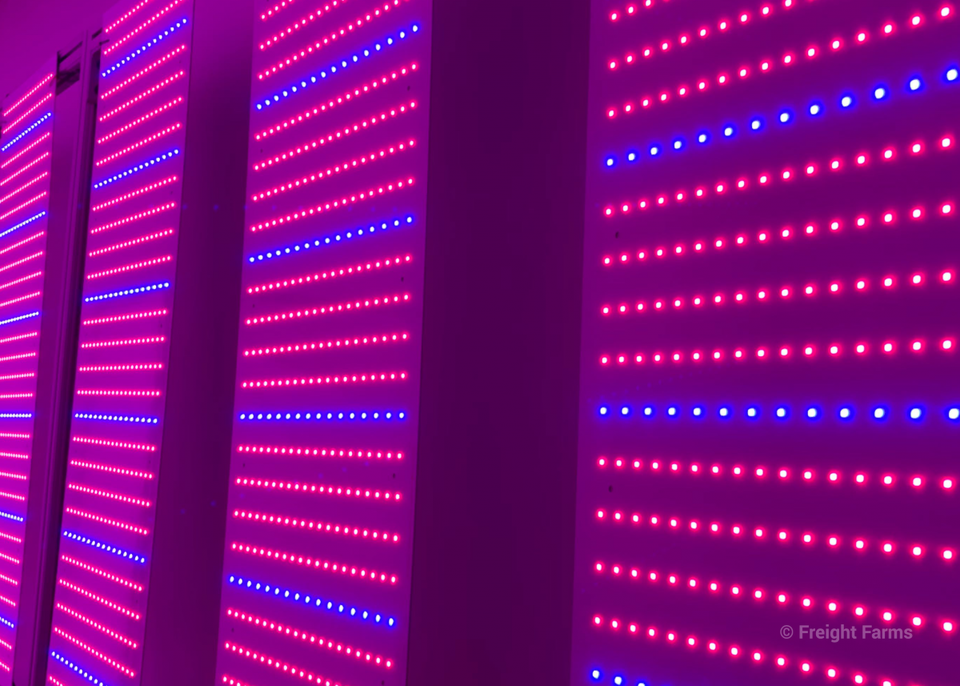 Water and energy usage are also more efficient than the old design. The farm’s new climate-control system condenses and recycles ambient moisture. The company said it offers 70% more growing space, among other features. Its IoT-connected sensors continuously send the farmer data on temperature,  lighting, moisture content, CO2 levels and other environmental variables to allow them to monitor and adjust conditions remotely from a smart phone.

I first wrote about Freight Farms in December 2015, when revenue was about $3 million and the company had about 50 customers. Granted, the business is still small, but it’s growing steadily and adapting, much as plants do, to a changing environment. The company declined to disclose its revenue this time around, citing intense industry competition. Indeed, a quick Google search shows they aren’t alone anymore in the shipping-container farm business. Competitors include the CropBox and Growtainer. Customers might also opt for other types of vertical, hydroponic systems that don’t use a shipping container.

Some of the most enthusiastic customers of the freight-container farms are big corporations, who see it as an extension of health and wellness programs or social action initiatives. You can find a Leafy Green Machine on the Google campus in Mountainview, Calif., where it’s used to grow greens and edible flowers. In Detroit, Ford Motor Company Fund, the automaker’s philanthropic arm, also has a freight farm, that it’s operating in partnership with a nonprofit to help supply its community kitchen with fresh produce and provide job training. Everlane, the clothing company, uses its shipping-container farms  in Vietnam to provide food for its workers.

Academic institutions find freight farming particularly appealing, said McNamara, who is CEO. “We’re seeing more and more of the education segment who want onsite local high quality produce and want to connect students and employees to where their food is coming from.”

The University of Georgia has just ordered two Greenery farms to help supply their dining halls with local greens more efficiently and sustainably while educating students about where their food comes from, the school told me in an e-mail.

Of course, not every university or corporation wants to actually do the work of farming, the cofounders realized. So, in late 2018, they launched  Grown by Freight Farms,  where customers sign up for a service contract. “We provide them with a farm and a farmer,” said McNamara, who is CEO.

Small farmers are also an important market for Freight Farms. In Guam, a farmer uses his Leafy Green Machine to supply Wendy’s with lettuce. Heather Davis and John Peters, who sell pasture-raised meat to chefs from their WhyNot Farms in North Carolina and Tennessee, are among the first in line for a Greenery. They expect to receive delivery in May.

“We were looking to diversify our business in a way that would be less labor intensive, and we wanted something that would weigh less than cows or pigs,” said Davis. ‘We’re middle-aged and felt it would be more sustainable for us to be raising vegetables.” 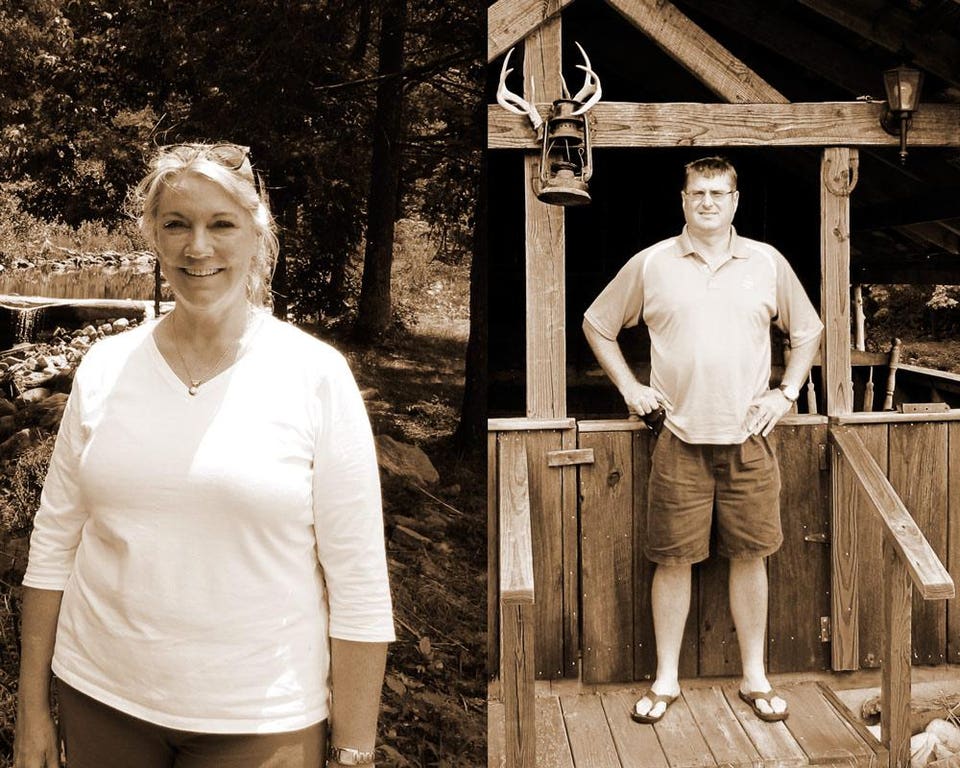 Heather Davis and John Peters, owners of Whynot Farms, are buying a Greenery from Freight Farms to… [+]

Davis, president and chief investment officer at Nuveen Private Markets in Charlotte, N.C., moonlights as her husband’s farmhand on weekends and she happens to have a local vertical, hydroponic farming operation in her portfolio. There were plenty of options for Davis to consider for their own hydroponic system, which they hope to power mostly with solar energy.

“What appealed to me about Freight Farms is that they are very focused on the sustainability aspect and conservation of water,” she said. “It’s in a compact unit, and they just drop it on your site.”

“It’s not clear to me yet the extent of what we’ll be able to grow in this,” she said. “I’ll grow what anybody will buy as long as it’s not a  total pain in the neck and I can make a profit.”