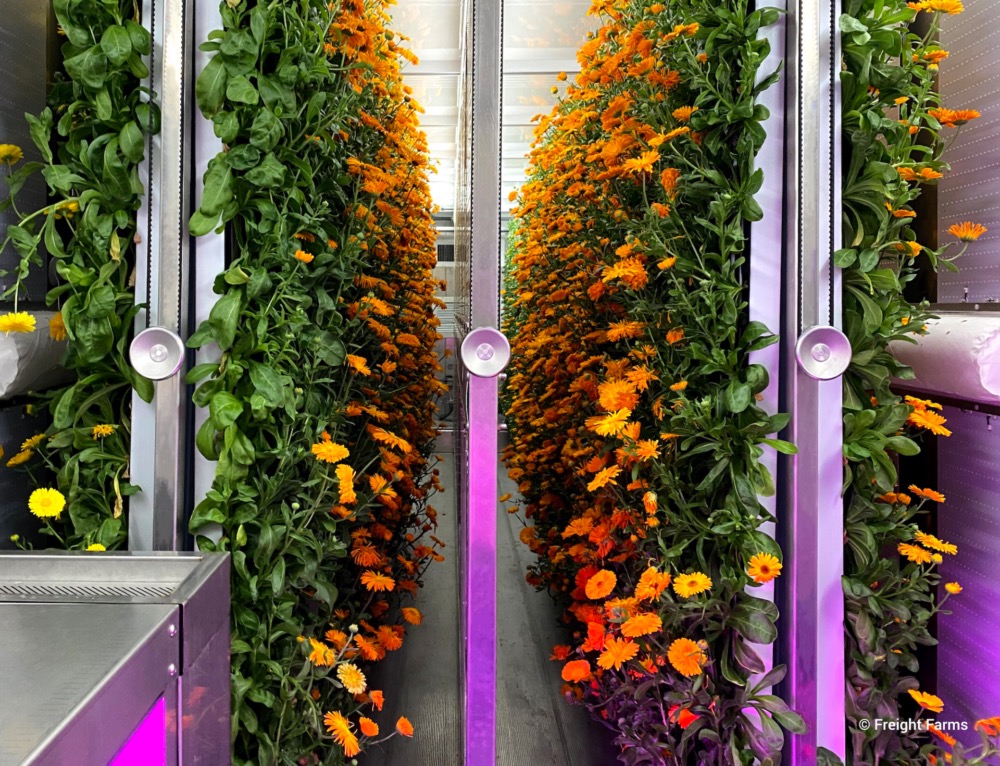 Container farming startup Freight Farms has raised a $15 million Series B led by Osrpaie Ag Science, a venture firm focused on sustainable ag. Existing investor Spark Capital also participated in the round, which brings the company’s total funding to over $28 million.

The news follows a major recent announcement from the Boston-based company: a partnership with global foodservice provider Sodexo to locate Freight Farms container farms at some of the university campuses that it services.

When the concept of container farming first hit the market, many people expressed skepticism at how something the size of a shipping container could ever provide enough food to feed people at a meaningful scale. According to company COO Jon Friedman, the skepticism was rightly placed, admitting that the whole idea was a little bit crazy.

As indoor ag has evolved along different avenues such as towering aeroponics operations or indoor operations growing lettuces for branded packaged salads sold at local retailers, Freight Farms has maintained a fairly steady trajectory of where it wants its business to go. For the co-founders, it’s been less about technology and more about fostering the concept of a decentralized food system that puts growing power in the hands of more every-day consumers.

“When it comes to the big infrastructure in a factory that’s focused on a few crop types, it’s essentially another centralized system,” Friedman explains. “Where you will build the strongest value is by building a model that is the same no matter where you go that anyone can operate, that can scale up quickly, that requires less infrastructure and capital to get started, all operating on one platform.”

The current operating model that it offers is called Greenery, an upgrade from its original Leafy Green Machine. The 320-square foot space produces over 500 varieties of crops across four rows of panels on a flexible moving rack system housing more than 8,000 living plants at once. It is powered with IoT technology to drive yield, efficiency, and automation in real-time. It’s the same model that Sodexo plans to add to college campuses; and more orders for the model are rolling in left and right, according to the cofounders. Despite its popularity, further improvements are on the horizon.

“We are planning lots of software updates to unlock even more efficiency for future Greeneries and Greeneries in the field today. We are also doing a lot of programming around Greenery for our on-campus applications catering to University segments,” CEO Brad McNamara adds. “We will see updates to each year’s model coming via cloud and focusing on automation and machine learning.”

It’s also planning to spend part of its new cashflow on plant science R&D, using Ospraie’s deep connections in the field to fuel the process.

“In plant science, we always want to push the envelope forward. Is there anything else we can do to increase yield, efficiency, or overall economics of the farm? We will tap into different networks of people interested in science as the commercialization of a farming solution that is easily accessible and that we can get into a lot of markets,” McNamara says.

Freight Farms has already been hard at work in the plant science sector. Cold Spring Harbor Laboratories tapped Freight Farms’ hydroponic vertical container farms to grow new gene-edited tomato plants in its Greenery machine for a study exploring how gene editing and vertical farming might be able to work together. Freight Farms used its highly controlled growing environment to figure out which growing conditions were optimal for the new seed. The study was recently published in the February issue of Nature Biotechnology.

So, does this mean Freight Farms will soon pivot into its own branded seed traits including CRISPR-backed offerings?

“Maybe,” says Friedman. “But for now we are making sure we are building the best performing tools.”