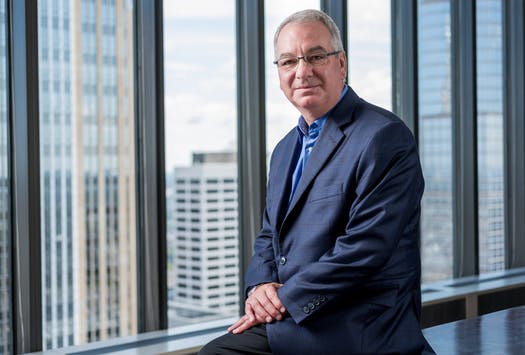 He called his move a natural progression.

Casale left CHS in 2017 having doubled its balance sheet to $17.3 billion during his seven-year tenure.

Q: What are your portfolio companies working on?

A: Terramera has discovered basically potentiators or synergists that can make both biological pesticides and synthetic pesticides work at perhaps one-tenth the rate. There’s an economic benefit in terms of lower resource consumption and reducing the impact on the environment. Agrospheres’ concept is making biopesticides and synthetic pesticides more effective. If I can make a biopesticide last in the environment for seven days instead of two, I don’t have to spray as often if I can do that through extended release or extended control. It’s like time-release medicine. BeeFlow is a pollination enhancement company that basically provides customized nectar for bees to train them to pollinate certain crops more efficiently. They’ve done some trials on our farm.

Q: How do you evaluate potential investment opportunities?

A: We’ve developed a very narrow investment thesis. It’s basically on agricultural production tools that fulfill that “do more with less” mission. At this stage you’re really partnering, you’re not just investing in the company. So how are the founders? How is the leadership? How self-aware are they? How amenable to coaching are they? How strong is the intellectual property? Can it be protected? We have the ability to be patient. We don’t have a time duration exit on the money that we invest.

Q: How does investing in ag tech startups differ from being a Big Ag CEO?

A: I see it as a natural progression. I spent 26 years with a large Fortune 500 ag technology provider (Monsanto) then went to a Fortune 100 company that was very commodity driven (CHS Inc.). And now going upstream above the technology providers to the startups. Then also being a producer on the other end. I’ve had four different bites at what this system looks like. What I like to say is being a farmer makes me a better investor, and being an investor makes me a better farmer. I see it as all working together. One could argue that if you’re plotting out a career it’s not a bad way to go about it.

Q: What do you farm?

A: My wife (Kim) and I have a commercial blueberry production operation in Oregon. It’s of commercial scale. I’m a fourth-generation farmer in Oregon. Part of this operation was the original family farm. We still own that and have added to it over time. My wife is pretty much the operating partner during the summer. She spent 25 years in the pharmaceutical industry so she’s brought pharmaceutical discipline to farming. When you produce a crop that is directly consumed by people, that matters. So food safety is a really big issue for us. I help with a lot of the agronomics of what gets used on the farm. We have 150 acres of blueberries in production. We’re planting more right now as well.

Q: You’ve said you believe we have the technology to feed the world but not yet the will?

A: We have plenty of technology to feed the world today and forever. We lack the will to use it sometimes in the case of things like gene editing or biotechnology that have been proven safe. (United Nations Food and Agriculture Organization) numbers say that by 2030 almost half of the world’s population is going to be middle class or wealthy and almost 70%, about two-thirds, is going to be urban. So a significant portion of the world’s population no longer is concerned about how many calories are you going to produce for me but how are you going to produce my calories. That’s the area that we’ve focused on — how do you raise the healthiest abundant food supply with the least amount of inputs and the lowest environmental impact?

Q: Did you consider pursuing another corporate role?

A: I had a corporate career for 30-plus years. I’m a big believer in growth and evolution. The alternative would be to go do a different version of what you’ve done before, which would have been enjoyable but probably wouldn’t have been as intellectually challenging as what I’m doing now. I got interested in venture capital because I got invited to speak at a conference in 2017. I loved the energy and the optimism of founders — sometimes perhaps a bit naive but very well intentioned, working on what I consider to be transformational science in many cases. I said this is really cool. This is something I want to be a part of. And this is something I also can do for about as long as I want to do it.