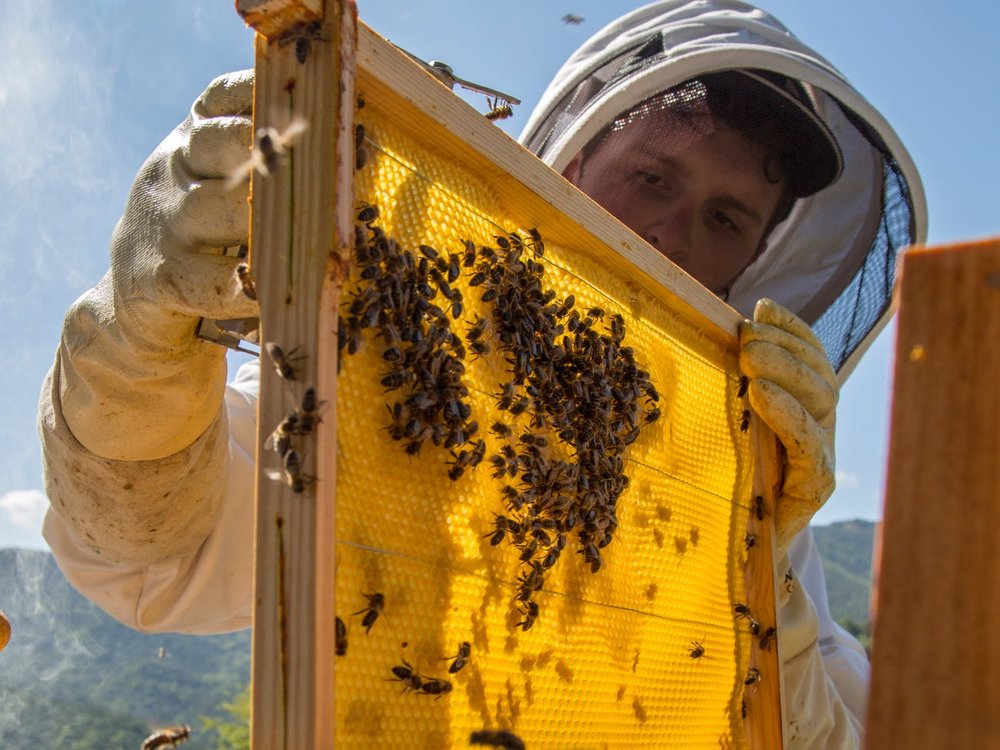 Over the last few decades, bee populations have been in a rapid decline. This has become a major problem for farmers in particular, who rely heavily on pollinators to grow their crops. Bees are responsible for pollinating nearly one-third of all crops worldwide, but now about 40% of them are facing extinction.

A company in Argentina is looking into tackling this problem by developing a nutrient-packed formula that is supposed to turn bees into “super bees”.

The formula, developed by the startup Beeflow, is meant to strengthen a bee’s immune system and make it stronger so that it can work better in colder environments.

According to Beeflow’s CEO, Matias Viel, the company’s beekeepers feed the insects the special formula about once a week. It consists of sugar, water, and an unnamed ingredient.

The superfood has enabled bees to do seven times more flights in colder temperatures than they would do normally, without the formula, the company’s CEO told CNN. This means that on average, they are also transporting twice as much pollen.

In February 2019, the two-year-old company started testing the formula on an almond farm in California. Almond farmers, in particular, are bearing the brunt of the bee decline.

Generally, these farmers rent between two and two-and-a-half beehives per acre for the pollination season. However, the cost of a hive has risen this year from $50 per beehive to about $230, according to Viel.

To make matters worse, almonds only have a short pollination window of about two to three weeks. If low temperatures prevail during this time, this will have a negative effect on the harvest.

“If you have bad weather, or cold temperatures that period, and you have a low amount of bee activity hours, your crop won’t be that good. We think that with healthier bees and with a stronger immune system, bees can work better and perform better,” Viel told CNN.

The results of the almond experiment are still being analyzed, but the team has already successfully tested its product in Argentina. There they managed to increase the crop yield for almonds, blueberries, apples, and kiwis by up to 90 percent. Last winter, the company also increased the blueberry harvest by 25 percent and increased the size of the fruit by 22 percent on a farm in Oregon.

However, the company does not have an automated method for measuring a bee’s performance yet. But the developers do know that the superfood does enables the bees to pollinate specific target crops that they would otherwise not necessarily be attracted to.

In June, Beeflow announced a $3 million investment from Ospraie Ag Science. It plans to use the money to fund its headquarters in Los Angeles and grow a team in the US.